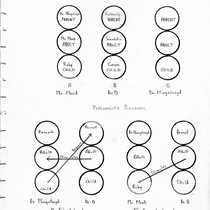 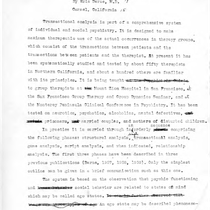 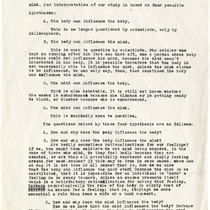 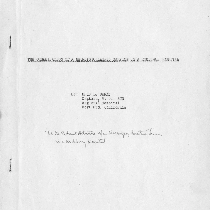 The organization of a neuropsychiatric service in a regional hospital 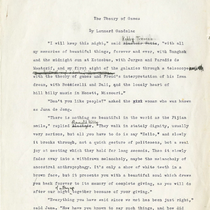 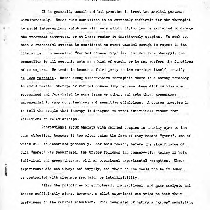 "The Structure of Marriage as Shown by Marital 'Games'" 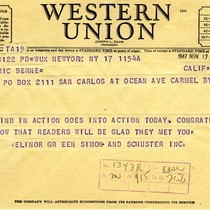 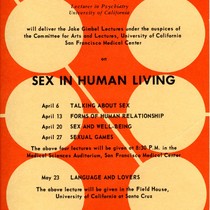 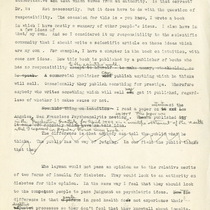 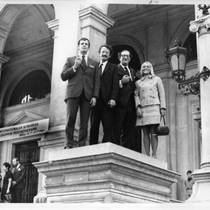 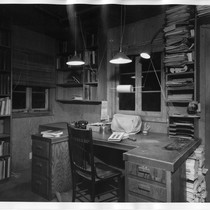 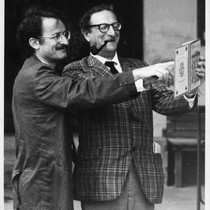 The Eric L. Berne digital collection features scanned documents and images from six related collections held at UCSF Archives and Special Collections. Materials document the work of Eric Lennard Berne, a practicing psychiatrist, lecturer, and author, best known for his development of the theory of Transactional Analysis (TA). The author of eight major books, including the bestseller Games People Play, Berne was also a consultant in psychiatry at Mt. Zion Hospital and the McAuley Neuropsychiatric Institute (St. Mary’s Hospital) in San Francisco, and an Associate Psychiatrist and Lecturer in Psychiatry at the University of California, San Francisco Medical Center. He founded the International Transactional Analysis Association (ITAA) in 1964.

Eric L. Berne (1910-1970) was a practicing psychiatrist, lecturer and author. Best known for his development of the theory of Transactional Analysis, Berne published dozens of scholarly articles in the field of psychoanalysis and was the author of eight major books, including the bestseller Games People Play. He was a Diplomate of the American Board of Psychiatry and Neurology, a Life Fellow of the American Psychiatric Association, a Corresponding Member of the Indian Psychiatric Society, and a member of the American Medical Association and the American Group Psychotherapy Association. He served as a consultant in psychiatry at Mt. Zion Hospital and at the McAuley Neuropsychiatric Institute (St. Mary’s Hospital) in San Francisco, and was an Associate Psychiatrist and Lecturer in Psychiatry at the University of California, San Francisco Medical Center.

Berne founded the International Transactional Analysis Association in 1964 to advance his teachings and to organize a community of fellow practitioners. The ITAA currently has approximately 1,000 members worldwide.

Eric Lennard Bernstein was born May 10, 1910 in Montreal, Quebec, to parents David Hillel Bernstein, M.D., and Sara Gordon Bernstein. His father was a general practitioner and worked from an office in the family’s home on Sainte Famille Street. Sara Bernstein was a professional writer and editor. Both parents graduated from McGill University, which Berne later attended. He had one sister, Grace, born in 1915. Dr. Bernstein died in 1920 of tuberculosis when Berne was only 9 years old; his mother never remarried, and worked as a teacher and newspaper reporter to support the family.

Berne enrolled at McGill University to study English, and worked at the Royal Montreal Golf Club to help pay his tuition. Known as “Lennie” to his classmates, he earned scholarships in mathematics and psychology and wrote for the college literary magazine under fanciful nom de plumes such as Ramsbottom Horseley, Lennard Gandalac, Cynical St. Cyr, Peter Pinto, and Count Gandalac. He earned his B.A. in 1931 and continued at McGill to earn his M.D. and C.M. (Master of Surgery) degrees in 1935.

Berne came to the United States in 1935 for a one-year internship at Englewood Hospital in New Jersey, followed by a two-year residency program in psychiatry at the Psychiatric Clinic of Yale University School of Medicine. After completing his residency in 1938 he traveled to Syria, Lebanon, and Turkey to study psychiatric illnesses and mental hospital facilities in different parts of the world. This research continued throughout his professional life, and he published studies including “Psychiatry in Syria” (1939), “Some Oriental Mental Hospitals” (1949), “Difficulties of Comparative Psychiatry: The Fiji Islands” (1959), “The Cultural Problem: Psychopathology in Tahiti” (1960) and “A Psychiatric Census of the South Pacific” (1960).

In 1938-1939 Berne became an American citizen and shortened his name to Eric Berne. He began practicing psychiatry at the Wadsworth Sanitarium and at a private practice in Norwalk, Connecticut. He continued training at the New York Psychoanalytic Institute under Dr. Paul Federn, an Austrian psychoanalyst whose research in “ego psychology” influenced Berne’s development of Transactional Analysis. Berne married Ruth Harvey in 1942, with whom he had two children. The marriage ended in divorce in 1946.

In 1943 he enlisted in the U.S. Army Medical Corps as a 1st Lieutenant and was assigned to Baxter General Hospital in Spokane, WA and later to Fort Ord Regional Hospital near Monterey, CA. He advanced to the rank of Major before leaving the service in 1946. After World War II Berne settled in nearby Carmel-by-the-Sea, a small community of artists and free-thinkers. He began working on his first book, The Mind in Action, which was published by Simon and Schuster in 1947. Berne continued his formal training as a psychoanalyst at the San Francisco Psychoanalytic Institute, under the tutelage of prominent psychologist Erik Erikson.

In 1947 Berne met Dorothy de Mass Way, a recently divorced young woman with three children, at one of the intellectual salons he hosted at his home in Carmel. They married on Christmas Eve, 1948. Berne and Dorothy had two sons, Eric Jr. and Terence. Berne continued to write and publish articles, spending hours in his separate study. He accepted an appointment as Assistant Psychiatrist at Mt. Zion Hospital in San Francisco while simultaneously serving as a Consultant to the Surgeon General of the U.S. Army. He also worked as Adjunct and Attending Psychiatrist at the Veterans Administration and Mental Hygiene Clinic in San Francisco in addition to his private practices in San Francisco and Carmel.

By 1950 his approach to psychotherapy and analysis had diverged from more traditional practices, and he terminated his study at the San Francisco Psychoanalytic Institute. He began developing his own school of thought which eventually became Transactional Analysis. Berne viewed social interactions as basic exchanges, or “transactions” between people, who acted from one of three ego-states (Parent, Adult, or Child) in order to get what they want. Berne termed these common transactions “games” and analyzed them using frank and often humorous titles like “Why Does This Always Happen to Me” (WAHM) and “Let’s You and Him Fight” (LYAHF). By 1958 he had published three seminal articles outlining the theory of Transactional Analysis: “Intuition V: The Ego Image” (1957); “Ego States in Psychotherapy” (1957); and “Transactional Analysis: A New and Effective Method of Group Therapy” (1958).

Beginning in 1950-1951 Berne led evening seminars in Carmel to bring friends and followers together to discuss and test his new methods. In San Francisco he formalized this practice and organized the San Francisco Social Psychiatry Seminars (SFSPS), which incorporated in 1962 and began publishing the Transactional Analysis Bulletin with Berne as editor. Two years later the organization became the International Transactional Analysis Association (ITAA) to include practitioners from around the country and around the world.

In 1964 Berne published Games People Play to share his theories and methods with psychiatrists and other mental health professionals. It achieved spectacular success as a popular self-help book, selling over 2 million copies and spending 111 weeks on the New York Times bestseller list. Berne’s professional success took a toll on his personal life, and he divorced his second wife Dorothy in 1964. He continued writing and publishing articles and books, including Principles of Group Treatment (1966) and Sex in Human Loving (1970), based on a lecture he presented at the Jake Gimbel Sex Lecture Series at the Langley-Porter Psychiatric Clinic at the University of California, San Francisco. He married a third time in 1967, to Torre Peterson Rosenkranz, but divorced in 1970. Berne was completing the manuscript for his final book, What Do You Say After You Say Hello? when he was hospitalized with chest pains. Eric Berne died from a massive heart attack on July 15, 1970. He is buried in the El Carmelo Cemetery in Pacific Grove, California.

Please view the guides for this collection (also called finding aids) on the Online Archive of California (OAC).

These collections are open for research and can be viewed in the UCSF Archives reading room. Please visit this page to make an appointment or contact an archivist: http://www.library.ucsf.edu/collections/archives/access

The official Eric Berne M.D. website, managed by Nicholas Berne Calcaterra and other members of the Berne family.

Detailed processing and digitization for these materials were made possible by generous support from 17 TA Associations worldwide and many individual donors through the International Transactional Analysis Association.

Copyright © 2020 The Regents of The University of California