Life on the Home Front

People at home contributed to the war effort in a variety of ways, from fundraising to planting "victory gardens."
Read full overview|Go to first item 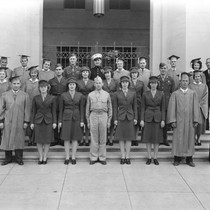 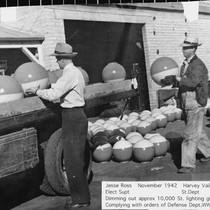 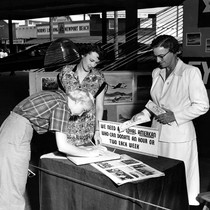 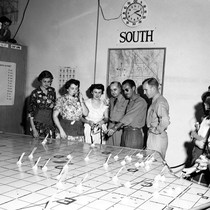 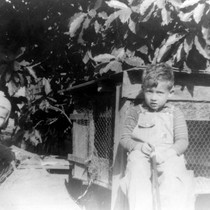 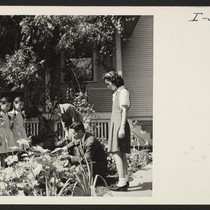 Henry Nomura, voluntary resettler with his family from Oakland, California, is showing his wife, Wakaye, and their three daughters, Judy 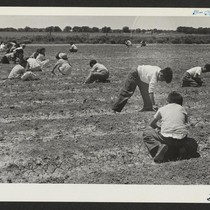 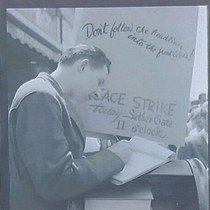 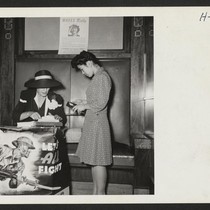 Marie Kitazomi, formerly of the Tule Lake Center, is now employed as a secretary in Indianapolis. She is here shown 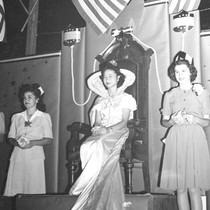 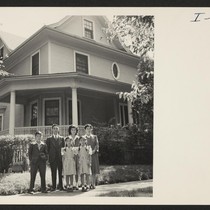 As the picture of the 1942 Santa Ana High School graduating class shows, uniformed graduates were headed into the service right after graduation day — some may have been volunteers and others drafted. Those who weren't eligible for service could volunteer to help the war effort at home. As the images in this topic show, people at home contributed to the war effort in a variety of ways.

Many people readied for possible enemy attack. In one photograph men carry glass globes that will dim street lamps and allow for a "blackout" so that enemy planes won't be able to see the location of a city or town. Another photograph shows volunteer air spotters looking at a map, and another shows a women at a table recruiting volunteers to help spot suspicious aircraft.

Raising money was another way to help. Some civilians supported the war effort by buying war bonds directly. Others raised money for war bonds through fundraisers like the Shangri La Queen beauty contest, pictured here.

Many products were rationed during the war, and the government emphasized the importance of self-sufficiency. Nearly 20 million Americans — including the fourth-grade children in Colorado and a Japanese-American family relocated to Madison, Wisconsin, shown here —answered the government's request to plant "victory gardens" to raise their own food. These gardens, large and small, produced up to 40% of all food that was consumed. One photo even shows children raising rabbits for food in their back yard.

Not everyone supported the war effort. As you can see in the photograph of a peace protest at UC Berkeley, some citizens wanted no part in the war and held peace strikes and rallies.

After the bombing of Pearl Harbor, life at home changed for Japanese Americans. Those on the West Coast faced internment in addition to prejudice and discrimination. During a brief period before internment became mandatory, Japanese Americans were allowed to choose voluntary evacuation to the Midwest. A photograph shows the Nomura family standing in front of their new home in Madison, Wisconsin.

"Life on the Home Front during World War II" was curated and written by the University of California in 2005.