The images in this group reflect the daily lives of the Chinese in California during the late 1800s. Some also express the anti-Chinese feeling that resulted in the Chinese Exclusion Act of 1882.
Read full overview|Go to first item 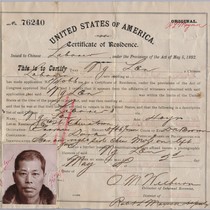 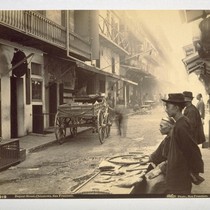 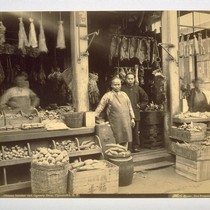 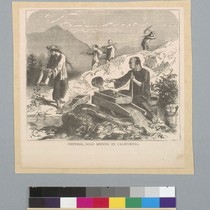 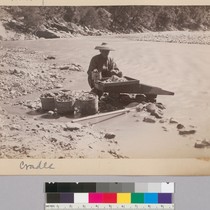 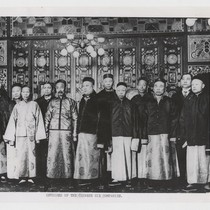 Officers of the Chinse Six Companies 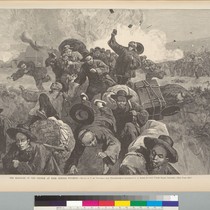 "Massacre of the Chinese at Rock Springs, Wyoming" 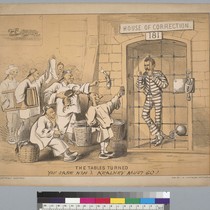 The tables turned: you sabe him? Kealney [sic] must go! 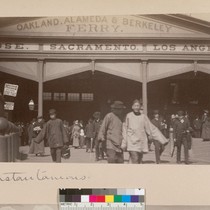 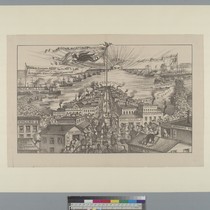 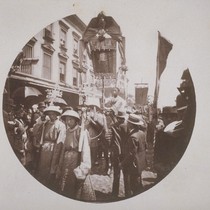 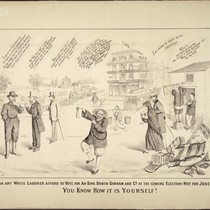 "You Know How It Is Yourself" 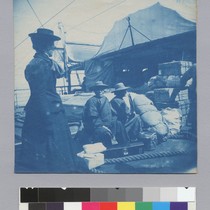 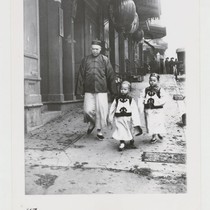 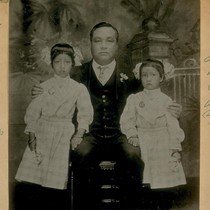 Wong Fook one of the Big Eight of China Town in 1898--Left L-Right Mary Lee--Wong Fook and Susie Wong. The Big Eight Chinese Gamblers of 1896. Chang Chung, Buck Guy, Jim Wong, Wong You, Wong Fook, Chin Chow, Chin Kim You, Quong Bing alias Chop Wollar. Wong Wo King who attended to all cases in court and was finally deported to China by the U.S. Gov. In 1895 there was [sic] in S.F. China Town about sixty thousand Chinese. Left - Right: Mary Lee, Wong Fook and Ossie Wong 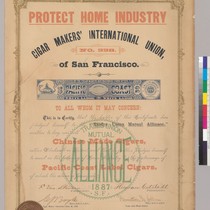 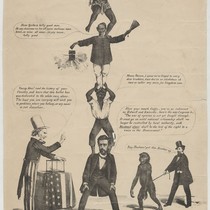 The reconstruction policy of Congress, as illustrated in California [graphic] 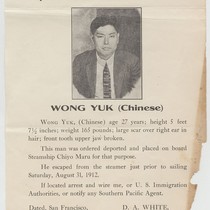 $20.00 reward :Wong Yuk (Chinese) ; ... this man was ordered deported and placed on board steamship Chiyo Maru for that purpose 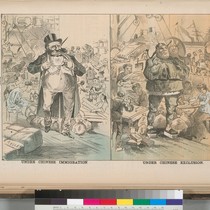 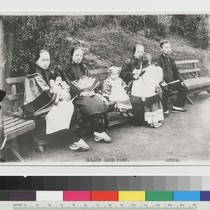 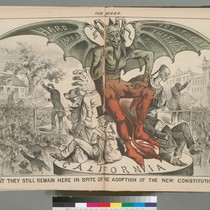 "Won't They Remain Here In Spite of the New Constitution?"
View all

The images in this group reflect the daily lives of the Chinese in California during the late 1800s. Some also express the anti-Chinese feeling that resulted in the Chinese Exclusion Act of 1882.

Starting with the Gold Rush, Chinese migrated to California and other regions of the United States in search of work. As several photographs show, many Chinese found work in the gold mines and on the railroads. They accepted $32.50 a month to work on the Union Pacific in Wyoming in 1870 for the same job that paid white workers $52 a month. This led to deep resentment by the whites, who felt the Chinese were competing unfairly for jobs.

White labor unions blamed the Chinese for lower wages and lack of jobs, and anti-Chinese feelings grew. The cartoon "You Know How It Is Yourself" expresses this sentiment. Several political cartoons in this topic are graphic representations of racism and conflicts between whites and Chinese. "Won't They Remain Here in Spite of the New Constitution?" shows a demonized figure of political corruption protecting Chinese cheap labor, dirty politicians, capital, and financiers. "The Tables Turned" shows Denis Kearney (head of the Workingman's Party of California, a union that had criticized Chinese laborers) in jail, being taunted by Chinese men.

In 1880, President Rutherford B. Hayes signed the Chinese Exclusion Treaty, which placed strict limitations on the number of Chinese allowed to enter the United States and the number allowed to become naturalized citizens. In 1882, Congress passed the Chinese Exclusion Act, which prohibited immigration from China (The Act was not repealed until 1943). The two-part cartoon from the July-December 1882 issue of The Wasp reflects how some citizens saw the situation. After the Act was passed, anti-Chinese violence increased. One illustration depicts the Rock Springs Massacre of 1885, a Wyoming race riot in which 28 Chinese were killed by British and Swedish miners.

The "Certificate of Residence" document illustrates that Chinese individuals were required to prove their residence in the United States prior to the passage of the Exclusion Act. The poster offering a reward for Wong Yuk, a Chinese man, makes it clear that the United States was actively deporting Chinese.

Despite discrimination and prejudice, this first wave of immigrants established thriving communities. Photographs taken in San Francisco's Chinatown show prosperous businesses, such as the "Chinese Butcher and Grocery Shop." Wealthy merchants formed active business associations, represented by the image "Officers of the Chinese Six Companies." The Chinese celebrated their heritage by holding cultural festivals, as shown in the photograph from 1896. The photographs "Children of High Class," "Golden Gate Park," and "Chinese Passengers on Ferry" are evidence that some Chinese adopted Western-style clothing while others wore more traditional attire.

"Chinese Exclusion Act" was curated and written by the University of California in 2005.