Life during the Gold Rush could be harsh and unpredictable, with an ever-present risk of floods, earthquakes, shipwrecks, and other disasters.
Read full overview|Go to first item 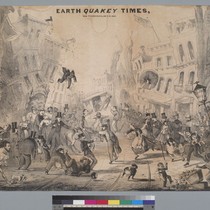 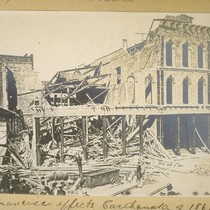 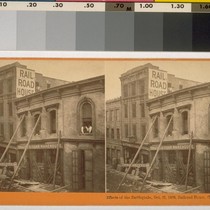 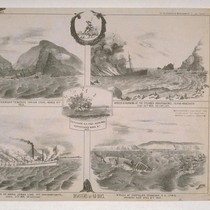 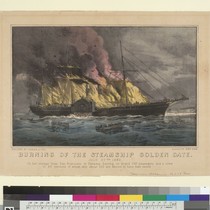 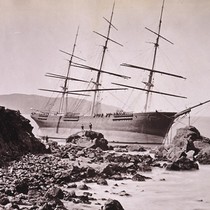 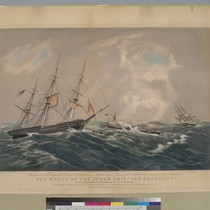 The wreck of the steamship "San Francisco": disabled on her voyage from New York to San Francisco [California], Dec[ember] 24th, 1853 and in a sinking condition 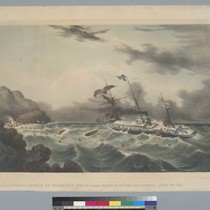 Wreck of Steamship Union on the coast of lower California, July 5th, 1851 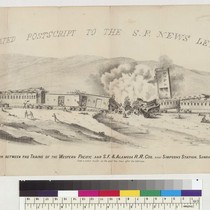 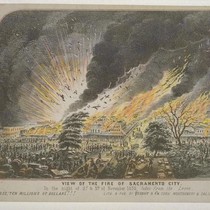 View of the Fire in[/of] Sacramento City on[/in] the night of 2nd and 3rd of November 1852, taken from the Levee. Loss: Ten Millions of Dollars!!! [variant titles by different publishers] 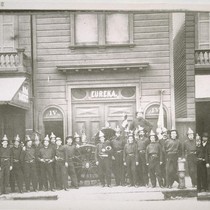 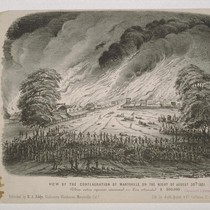 View Of The Conflagration Of Marysville, On The Night Of August 30th - 1851 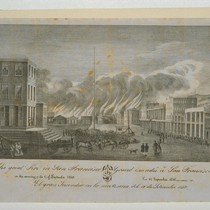 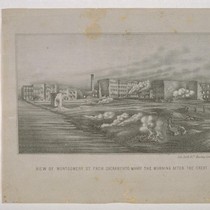 View of Montgomery St. From Sacramento Wharf The Morning After The Great Fire 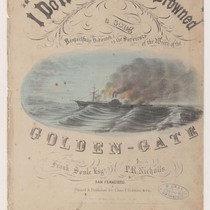 I do not want to be drowned: a song respectfully dedicated to the survivors of the wreck of the Golden Gate [Frank Soule Esqr., P. R. Nicholls] 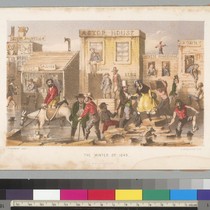 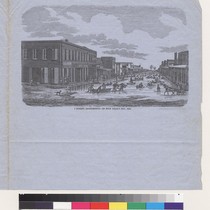 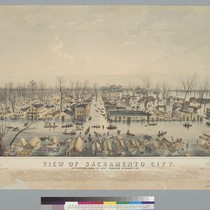 View of Sacramento City: as it appeared during the great inundation in January 1850 [California] 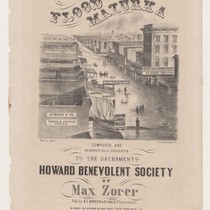 The images in this group suggest that life during the Gold Rush could be harsh and unpredictable. But the ever-present risk of floods, earthquakes, shipwrecks, and other disasters did not deter determined would-be miners from continuing to seek their fortune in the Golden State.

The people who came to California in search of gold were faced with the threat of disaster in every step of their journey. Many came by ship, even though shipwrecks were commonplace — one set of lithographs depicts four shipwrecks that occurred within 60 days. Earthquakes were another fact of life in California. Sensational newspaper illustrations like "Earth Quakey Times," and photographs showing buildings in shambles, helped build the state's reputation as an "earthquake capital."

Earthquakes were not the only disasters. Several images show the city of Sacramento flooded and on fire, others show fires that destroyed parts of San Francisco and other cities. As the photograph of the firefighters at the Eureka firehouse show, some services were in place to deal with this constant threat.

The popular culture of the time reflected these recurring disasters. Artists drew pictures based on survivors’ accounts of train crashes and shipwrecks. Composers wrote music such as the "Flood Mazurka," about a flood in Sacramento, and songs such as "I Do Not Want to Be Drowned," dedicated to survivors of the shipwreck of the Golden Gate.

Despite the many potential dangers and risks of traveling to and living in California, new people kept flowing into the state. In many ways, this situation still holds true today.

"Disasters in the Gold Rush Era" was curated and written by the University of California in 2005.

1848-1865: Gold Rush, Statehood, and the Western Movement
Copyright © 2020 The Regents of The University of California